“Does anyone notice me?”

This is the question that countless teens on the
Suncoast are asking today.

Underneath an outside bravado is a lost and hurting teen…frequently
dealing with a broken family, poverty, abuse or drugs. They are lonely,
hopeless, with no one in their lives to count on. Our purpose is to seek
out teens in need and build authentic relationships with them.

Love and acceptance opens the door for us to share the life-giving
message of Jesus Christ.

We are intentionally pursuing teens at high schools,
middle schools, and juvenile detention facilities from
Venice to Palmetto.

Thank you for being part of our mission to reach young people everywhere with the hope of Jesus. We could not do this work without you!

To designate your gift, please indicate your designation in the check out procedure.

We accurately handle Biblical truth, regularly coaching kids to apply it in their lives

We intentionally work together with local churches, agencies and other partners to provide sustainable youth and family ministry

3Story® is the phrase we use to describe how we live in relationship with God and others. We use three circles to represent these stories—God’s Story, my own story and the stories of young people.

It’s a lifestyle we pursue. We want to be people who love like Jesus loves us, who serve as Jesus serves and who are consistently drawing near to God for the sake of young people.

We pursue 11-19 year olds who are walking through pivotal, story shaping moments; like navigating a new school, becoming a teen parent, spending time in a juvenile institution or simply enduring the culture of social media. Young people often feel marginalized. As we live 3Story® lives, we represent Jesus who is steady and trustworthy so that young people feel seen, heard and valued.

Abiding in Christ and understanding His great love story.

The story of who I really am, and why I really need Jesus.

Discovering a young person’s Story, connecting it to My Story and God’s Story

Since 1944, Youth for Christ has had a distinctive history of youth evangelism.

In the early 1940’s, during World War II, many young men, mostly ministers and evangelists, were holding large rallies in Canada, England, and the United States. As the hunger for God’s Word grew, the need to organize was essential and from this need was birthed Youth for Christ. YFC quickly organized into a national movement with Billy Graham becoming YFC’s first full time employee. Today, over 1500 paid staff members and 15,000 volunteers serve in 1,713 communities across the United States. Youth for Christ USA is just one of over 100 countries sharing in the vision of reaching every young person with the gospel.

In 1955, Youth for Christ chapters were formed in Manatee and Sarasota Counties. Over the years the ministry to youth grew reaching teens in schools, neighborhoods and juvenile detention/ treatment facilities.  Offices were established, teen centers built and staff were hired. Over the years tens of thousands of teens would be impacted through the mission of Youth for Christ. In 2012 the staff and board of Manatee Youth for Christ had a vision of reaching more lost teens. With the blessing of YFC/USA they expanded their boundary to include Sarasota County (Sarasota YFC had been closed for 5 years) and also to go north to reach teens in southern Hillsborough Counties. Because of this strategic move we are now known as Suncoast Youth for Christ. In 2017, a vision of The 180 House was birthed with the opening of our first location in Venice. This new approach to reaching teens has grown to three youth centers and positioned us to maintain ministry even during the 2020 pandemic.

Throughout YFC’s history there has been unwavering commitment to youth and bibilical Christianity. One of YFC’s slogans has been “Geared to the Times and Anchored to the Rock”- although the message of the gospel will never change YFC will remain flexible to creatively communicate this message of hope, grace and love in the context of different cultural and community settings. 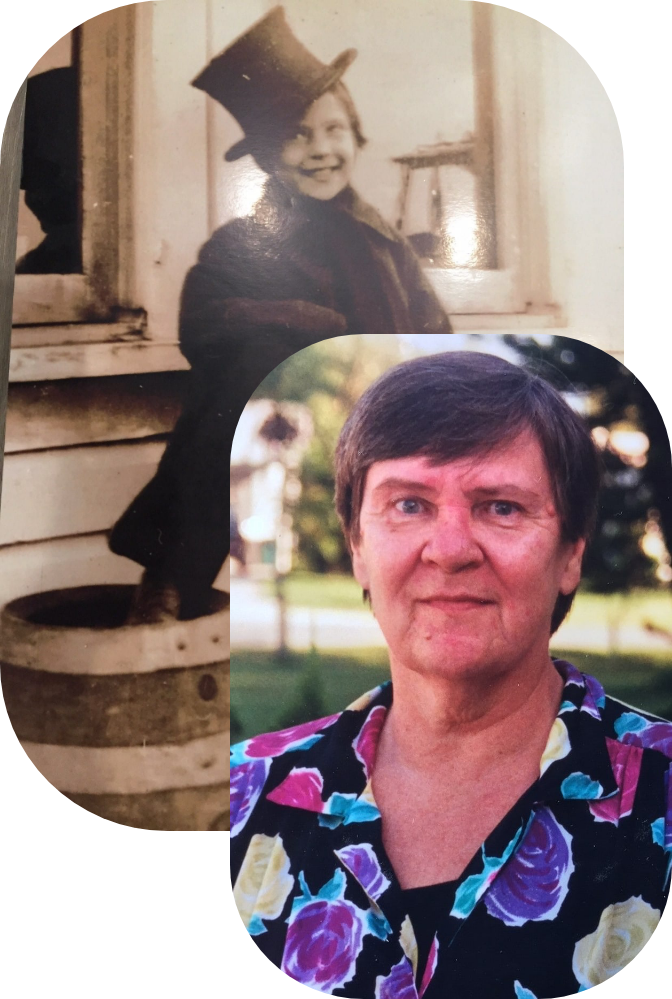 Who could imagine that this little girl with the top hat would become the office manager of Suncoast Youth for Christ for 45 years.  Flossy Chaplinsky served faithfully, impacting many people over the years.  Staff, teens, donors, and the entire community knew Flossy by her smile, sense of humor, her passionate love for God and her commitment to the mission of Youth for Christ.

The patio behind The 180 House | Bradenton is dedicated in honor of her long service.

Thank you for being part of our mission to reach young people everywhere with the hope of Jesus. We could not do this work without you!

To designate your gift, please indicate your designation in the check out procedure.